You have no items in your shopping cart.

To this speciﬁcation the new 8300CDQ adds high-quality analogue preamp circuitry, coupled to three stereo pairs of line-level RCA inputs to connect analogue sources. The preamp circuitry is kept as simple as possible using high-quality components to maintain signal purity, with line input signals passing to a precision analogue volume stage. Much eﬀort has gone into the physical layout of the 8300CDQ’s circuitry, protecting the sensitive preamp section from noise interference.

Taking it to the next level the 8300CDQ now includes MQA technology, which enables you to play back MQA audio files and streams, delivering the sound of the original master recording.

MQA (Master Quality Authenticated) is an award-winning British technology that delivers the sound of the original master recording. The master MQA file is fully authenticated and is small enough to stream or download. 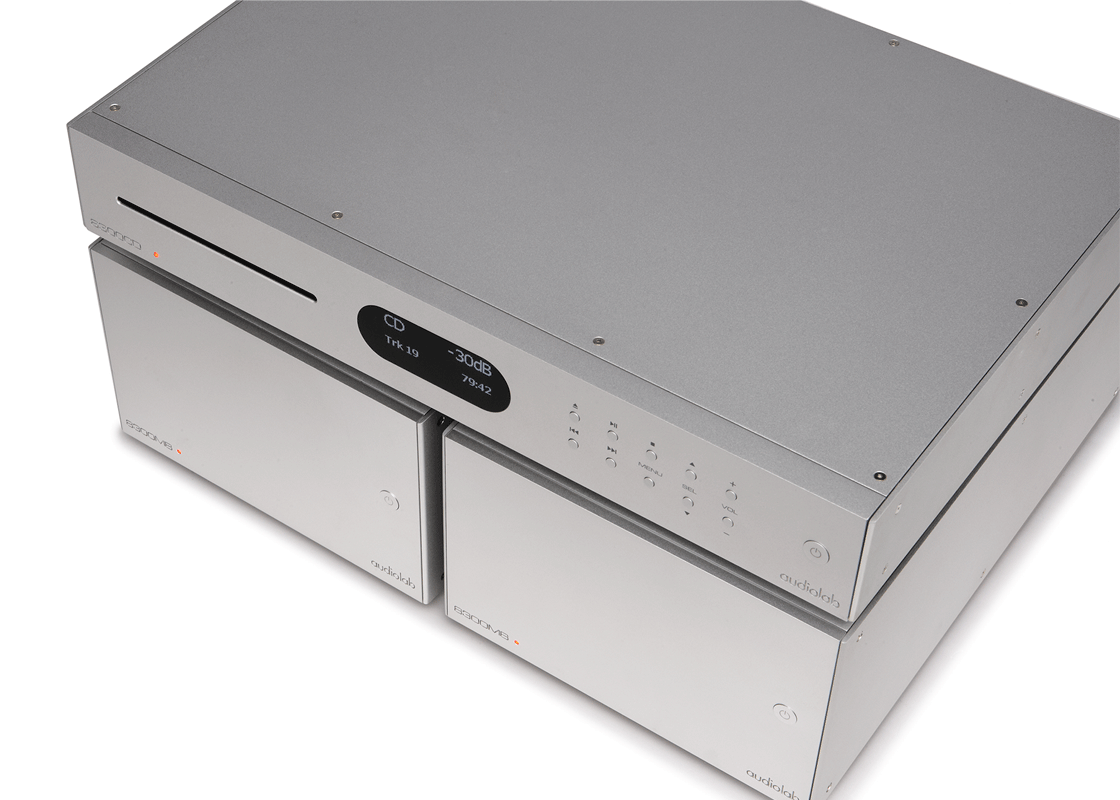 The Sound of Science

The 8300CDQ adds further ﬂexibility by incorporating a dedicated direct-coupled headphone amp with current-feedback circuitry. Accessed via a front-mounted 6.35mm socket, its gain bandwidth and high slew rate ensure a dynamic, detailed and engaging performance with all manner of headphone types.

The ﬁnal key feature introduced in the 8300CDQ is decoding of MQA (Master Quality Authenticated). The brainchild of Meridian Audio co-founder Bob Stuart, MQA is a digital audio format designed for high-resolution music streaming and is available via subscription to Tidal’s ‘HiFi’ tier (among other sources). The 8300CDQ unpacks MQA data – received via the USB input – at the original ﬁle’s full resolution and passes the signal through its DAC and preamp stages, ready to feed a power amp or active speakers.

Audiolab’s MQA decoding solution was developed by John Westlake, one of Britain’s foremost digital audio experts. There are various ways to enable MQA playback on audio devices, and not all are equal sonically. Westlake’s solution maximises the format’s potential, just as the 8300CDQ’s design draws the best sound quality from other audio codecs and, of course, CDs

Launched in 2010, the original Westlake-designed Audiolab CD players – the 8200CD and 8200CDQ– were universally acclaimed for their superb sound quality and ﬂexible facilities. In 2015, the 8300 Series arrived and both 8200 Series players were replaced by the 8300CD, building upon its predecessors’ formidable reputation. It has taken until now for this player to be joined by the enhanced 8300CDQ, further developing Audiolab’s classic line of CD players to reach still greater heights.

• 32-bit ESS Sabre DAC
The CD transport and digital inputs feed a DAC section with an ESS Sabre32 Reference chip nestling at its heart, utilising HyperStream architecture and ESS Technology’s Time Domain Jitter Eliminator to deliver ultra-low noise and high dynamic range. No company knows more about making the most of this 32-bit, eight-channel hybrid multi-bit Delta-Sigma DAC technology than Audiolab; the 8200CD and 8200CDQ were among the ﬁrst audio components to use it and the company has been honing its implementation ever since. The conversion process involves 512 DAC elements (256 per channel) each operating at 84.672MHz – all digital audio sources, whatever the sample rate, are upsampled or oversampled to this frequency.

• Selectable digital ﬁlters
As digital audio reproduction technology has progressed, the importance of the characteristics of reconstruction digital ﬁlters has become more appreciated. The Audiolab 8300CDQ features seven user-selectable ﬁlters for PCM audio data (including CD) and four ultrasonic ﬁlters for DSD data. These settings allow the user to tune the 8300CD’s performance according to system conﬁguration, digital ﬁle quality and personal taste.

• Discrete Class A analogue stages and sophisticated power supply
The 8300CDQ’s analogue output stages and power supply are exceptionally well speciﬁed in the pursuit of sonic excellence. The circuitry includes a large, low-noise toroidal transformer, a plethora of reservoir/smoothing capacitors, an impressive number of regulator chips and discrete transistor (instead of op-amp) analogue stages at the output with ultra-low impedance to drive any cable and any load. The power supply incorporates 29 regulated supply rails including multiple ultra-low-noise regulators, with extensive measures against power supply contamination and cross-coupling.

Be the first to review this product

×
Price:
Actual Price:
Our price is lower than the manufacturer's "minimum advertised price." As a result, we cannot show you the price in catalog or the product page.

You have no obligation to purchase the product once you know the price. You can simply remove the item from your cart.
Our price is lower than the manufacturer's "minimum advertised price." As a result, we cannot show you the price in catalog or the product page.

You have no obligation to purchase the product once you know the price. You can simply remove the item from your cart.